So it seems the ruthless Russian has seen off another massively successful manager. I still remember being baffled at the sacking of Jose Mourinho however many years ago after his winning several League titles and FA cups.

Now DeMatteo, who won them the CL and FA cup after taking over from a lousy predecessor and was leading them well in title contention in the League so far has been sacked- clearly dropping to third while still close on points and 'maybe' not getting through in the CL are enough to have Roman see Red.

This is idiotic, thank f**k City's billionaire owners have more patience and a realistic outlook on football than this grumpy know nothing who thinks he knows all there is to know about football... perhaps he'd like to take charge himself.

On the plus side this can only be bad for Chelseas immediate future and maybe, just maybe, knock out one of our main title rivals 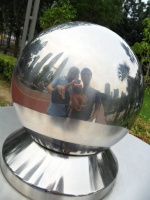