Science, in all its grand ambition and contemporary sophistication, doesn’t quite have what it takes yet to replicate anything like blood. It not only delivers oxygen and essential nutrients, but also serves a host of other functions crucial for our survival, such as fighting infections, healing injuries and regulating hormones. So far, researchers have concentrated the bulk of their efforts on the more modest goal of creating something that can at least effectively carry out the vital role of transporting oxygen throughout the body.

This kind of “artificial blood” would be a useful substitute for critical circumstances such as medical emergencies, when the body can’t do this on its own. It could also be designed to be sterile, unlike real blood, which can be infected and infect others during a transfusion. And while donated blood requires refrigeration, a synthetic version could be made to last longer and be readily available for various life-or-death situations, even on the battlefield.

The latest bearer of hope for such a potential breakthrough comes from a research facility located in the Transylvanian city of Cluj-Napoca, of all places. (Yes, Translyvania is a real place in Romania.) Researcher Radu Silaghi-Dumitrescu, a professor at Babes-Bolyai University, has been working on a unique concoction and his work has progressed to the point where he and his team successfully transfused a blood substitute into mice—without them experiencing any ill effects, according to a report by the Romanian news outlet Descopera. He intends for the lab-engineered blood to work inside the body for several hours or even up to an entire day as the body replenishes itself.

This cannot be right, I was led to believe reading the Mail and the Express that all Romanians are criminals.

Interesting idea and could be very useful 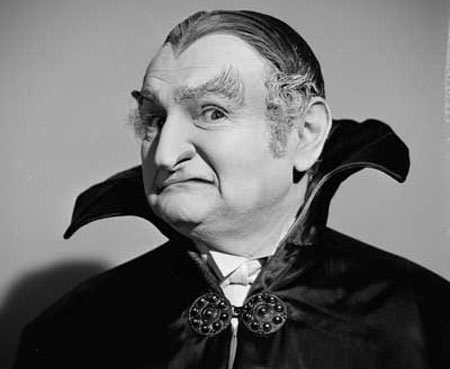 Ulrich von Liechtenstein wrote:Well, some might not accept it.

It it can help save life, it is a benefit is it not Keith?

Ulrich von Liechtenstein wrote:Oh FFS....  Didge!  The image of a none to please vampire was a joke.....you know....laughter.   You might like to tell your face.

tad of a lame joke without much of the essential part to make in the first place, that again I call very lame