The skull is currently at the British Museum. It was found more than fifty feet below ground level. In addition to the hole consistent only with that made by a bullet, the other side of the skull was blown out from the inside.

I've heard of this before and there are many responses to these claims:

"Virtually nothing is correct in these claims. The Kabwe skull (often known as ‘Broken Hill Man’ after the name of a nearby town) is older than the claim, at 125,000 to 300,000 years old, and it was found on 17 June 1921 by a Swiss miner, Tom Zwiglaar, in a limestone cave. It was the first early human fossil to be found in Africa and was sent to Arthur Smith Woodward (1864-1944), who gave it the new species name Homo rhodesiensis (Rhodesian Man). More recent anthropologists have preferred to see it as a primitive form of Homo sapiens, but are undecided on the precise species. It may be related to Homo heidelbergensis, the ancestor of the predominantly European Neanderthals (there were never any Neanderthals in Africa) or it may indeed be a separate species, Homo rhodesiensis, as Arthur Smith Woodward originally proposed, which would be our direct ancestor.

So much for the species and the date. What about the “bullet hole”? Well, for one thing, it did not kill the individual. The edges of the lesion have started to heal, so whatever caused the hole was not the cause of death. Instead, the wound appears to have been a pathological, rather than a traumatic lesion, caused by an infection in the soft tissue over it. Few individuals survive a bullet to the brain; needless to say, the parietal bone on the opposite side is not shattered, as is claimed, but is very much intact. The individual may thus have died from a pathological condition, perhaps an abscess or ulcer that had become septic." 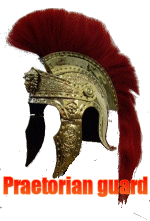 I think I would dismiss the small meteorite theory as it says it entered from behind his ear and exited through the opposite jaw? It would only be possible if he was laying down, I guess.

My first reaction was 'oh no ! not another shooting in London'.

Page 1 of 1
Permissions in this forum:
You cannot reply to topics in this forum
Leaving the EU
Democracy EnactedCountup
Latest topics
» Tens of millions of people ‘will refuse to be vaccinated against Covid-19’

» is everyone loving their new lockdown normal???

» A Great Win for Labour

» How to be a Pro-Life Republican

» Russia confirms that it's new Covid.19 vaccine has no known side effects

» An Article by Peter Hitchens ( The Police )