A Muslim woman has been accused of having sex with a 14-year-old boy during a year-long campaign of alleged abuse.


Dirty mare, get shot of her. 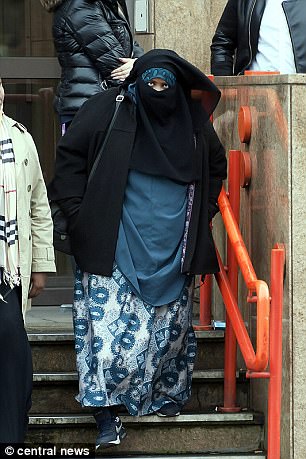 
When the barrister asked Hersi if she needed an interpreter she said: ‘Some kind of words I don’t understand.’

Judge Dean told the defendant: ‘The trial will take place in August and in the meantime you have to comply with your bail condition.'

Hersi's trial has been listed in the warned list at Wood Green Crown Court in August.

Jesus h Christ after shagging that , the Donkey will seem a blessing.
-- | -

She appears to have raided the 'rag bag'.

Bet she has a face like a 'Birkenhead tomcat'.