Revocation of US independence

Revocation of US independence

"To the citizens of the United States of America, in the light of your failure to elect a competent President of the USA and thus to govern yourselves, we hereby give notice of the revocation of your independence, effective today.


Her Sovereign Majesty Queen Elizabeth II will resume monarchical duties over all states, commonwealths and other territories.

Except Utah, which she does not fancy.

Your new Prime Minister (The Right Honourable David Cameron MP, for the 97.85% of you who have until now been unaware that there is a world outside your borders) will appoint a Minister for America without the need for
further elections.


The House of Representatives and the Senate will be disbanded. A questionnaire will be circulated next year to determine whether any of you noticed.

To aid in the transition to a British Crown Dependency, the following rules are introduced with immediate effect:


1. You should look up "revocation" in the Oxford English Dictionary. Then look
up "aluminium." Check the pronunciation guide. You will be amazed at
just how wrongly you have been pronouncing it.

The letter 'U'
will be reinstated in words such as 'favour' and 'neighbour'; skipping
the letter 'U' is nothing more than laziness on your part. Likewise,
you will learn to spell 'doughnut' without skipping half the letters.

You
will end your love affair with the letter 'Z' (pronounced 'zed' not
'zee') and the suffix "ize" will be replaced by the suffix "ise."

You
will learn that the suffix 'burgh' is pronounced 'burra' e.g.
Edinburgh. You are welcome to re-spell Pittsburgh as 'Pittsberg' if you
can't cope with correct pronunciation.

Generally, you should
raise your vocabulary to acceptable levels. Look up “vocabulary." Using
the same thirty seven words interspersed with filler noises such as
"uhh", "like", and "you know" is an unacceptable and inefficient form
of communication.


P.S. Sorry for the idiotic paragraphing, EVERY time I cut and paste I get this and it drives me nuts. Usually I go through it and edit out every gap and put the correct ones back in but that usually takes me 30 mins per post, and tbh I just cannot be arsed any longer. 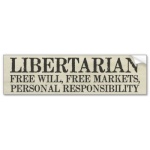 Re: Revocation of US independence

Yesterday at 9:21 pm by Flap Zappa

Yesterday at 10:24 am by smelly-bandit