The place to post news of  none - indigenous criminals ect.

'Vile' offender Khawaja Iqbal, 41, from Oldham, was trapped by his DNA after police tracked down his Nissan Micra through painstaking search

TWO shopkeepers were jailed yesterday for laundering £41million from an off-licence opposite a police station in London. Sayed Anwar and Sayad Alam have both been jailed [CENTRAL NEWS ]

Most of the cash came from the sale of heroin, cocaine and cannabis, London’s Southwark Crown Court heard.

Officers also suspect cash may have gone to Afghanistan to fund terrorism. Judge Andrew Goymer said there was no evidence they knew what the cash would be used for in the country.

Anwar, of Kingsbury, north London, and Alam, of Stanmore, north London, were guilty of transferring criminal property. Anwar, who is wanted by police, was jailed for 10 years in his absence and Alam eight years.

One of Britain's top black lawyers is jailed for stealing £75,000 from clients to prop up diamond business in Ghana 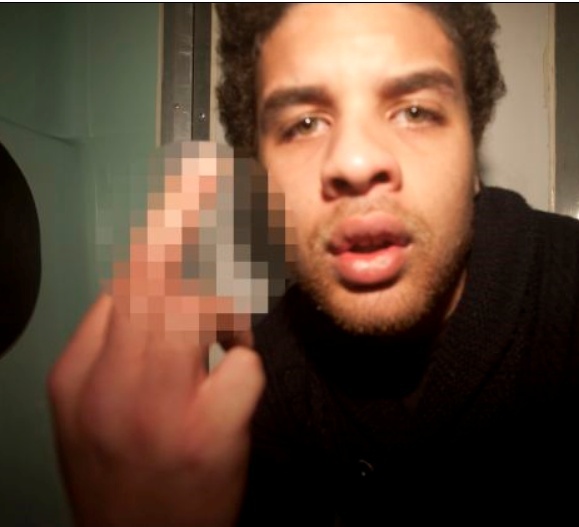 July 16, 2014HUSSAIN: INTERNET ENTREPRENEUR CAUGHT COVERTLY FILMING UP WOMEN'S SKIRTS ON THE TUBE WAS 'HAVING A MID-LIFE CRISIS'NORTHOLT An internet entrepreneur caught secretly filming up ladies' skirts on the London Underground claimed he was going through a mid-life crisis, a court heard today (weds).Majid Hussian, 47, was caught by a plain-clothes policeman using a mobile phone to record the bottoms and private parts of commuters at busy London Bridge station. Married Hussain had been seen paying close attention to young women using escalators and boarding trains on October 30 last year. He told police he was suffering from a midlife crisis and blamed problems at home for his behaviour. Browse all stories - See more at: http://www.courtnewsuk.co.uk/#sthash.IEvl1nal.dpuf

Police hunt man who tried to abduct three-year-old from playground,


Police are hunting a man suspected of trying to abduct a three-year-old girl from a playground just yards from her mother.
The little girl was playing by herself on a slide outside a relative’s home in a Salford tower block when it is believed she was lifted over the fence by the stranger.
It is thought the mum was inside one of the flats on Egerton Street, in Eccles, and saw what was going on. She raced outside and challenged the man, demanding to know what was going on.
He claimed that the child had slipped through the fence of the playground and then ran away from the scene down Egerton Street before the mother had chance to quiz him further.
She called the police who attended the scene but there was no trace of the man.
Officers are now searching for an 'Eastern European Man', who was wearing red Nike trainers, a red and white cap and a red jacket.

A sacked pizza chef took his former supervisor hostage in revenge for the loss of his job.
Ashfaq Iqbal lured the victim into his clutches by getting him to deliver a pizza to him. He then bundled him into a car and terrorised him at knifepoint on a high speed drive.
The terrified victim was only released after giving the victim £300, and promising to give him another £3000. Dad-of-one Iqbal has now been jailed for 43 months for robbery by Judge Maureen Roddy at [url=http://www.manchestereveningnews.co.uk/all-about/manchester crown court]Manchester Crown Court[/url], which heard he suffered a ‘mini-breakdown’ after losing his job at Don Francisco in Stockport.
The court was...................

Gobinda Chinweefat was detained by officers who found him near the scene of a break-in in Didsbury at about 11.30pm last night.

Passers-by fight off rapist who attacked jogger in broad daylight.

The man is described as a slim ASIAN man with light skin, in his late 20s or early 30s and between 5ft 6in and 5ft 9in tall. He had dark, short hair and had scars, possibly acne scars, on both cheeks.

The man is described as a slim ASIAN man with light skin, in his late 20s or early 30s and between 5ft 6in and 5ft 9in tall. He had dark, short hair and had scars, possibly acne scars, on both cheeks.

Doing his bit for the caliphate.

Benefits cheats who masterminded a £188,000 fraud to build up a secret property portfolio after being granted asylum to stay in the country are jailed
[*]Nicole Mwamba and William Kapuya claimed benefits on four properties
[*]Mother-of-two granted asylum in UK with first husband claiming he was persecuted in their native Congo for political beliefs and robbed of assets
[*]But when he died she received all his savings and still claimed benefits
[*]Posed as an executive to land mortgages, Kapuya claimed disability support
[*]Mwamba jailed for two-and-a-half years, Kapuya jailed for 14 months 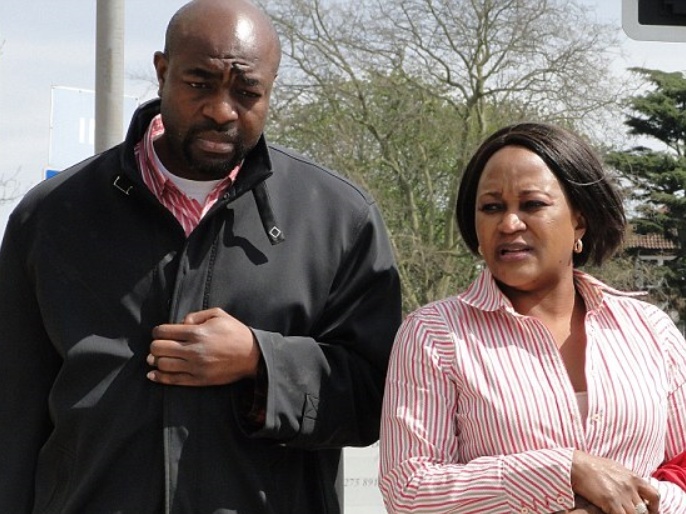 
the 'date' in order to give her 29-year-old boyfriend Afahan Hussain a chance to rob the victim.


The 28-year-old tempted the man to meet her in a park in Birmingham by flirting with him in a series of messages over the social-networking site. Haseena Aziz, 28, pictured left, arranged to go on a 'date' with a man in Birmingham so she and her boyfriend Afahan Hussain, 29, pictured right, could threaten him with a meat cleaver and rob him

A teenage rapper was murdered and a friend had his nose sliced off with a meat cleaver after someone got "upset" by a YouTube video, a court heard.
Isaac Stone, 19, was chased, trapped and set upon by four men who stabbed him several times in a Bedford street in January, Luton Crown Court was told.
Mohammed Hussain, 22, Rubel Miah, 19, Javed Miah, 21, and Fahim Khan, 20, all deny murder and attempted murder.

August 06, 2014AYYOUB: DOCTOR MASSAGED PATIENT'S BREASTS WITH OIL AFTER SHE COMPLAINED OF WHIPLASH INJURYLEEDS A doctor who massaged a patient's breasts with oil when she went to see him with a whiplash injury faces being struck off. Dr Shahid Ayyoub told the 22-year-old she had a muscular problem before lifting up her top, unclasping her bra and pouring massage oil over her, a tribunal heard. The 57-year-old repeatedly stroked her breasts during the prolonged attack in a locked consultation room at the West Point Practice, in the centre of Leeds. He also roughly grabbed the scared woman's hair and pushed her head into his groin during the private 50-minute appointment on 12 June 2012. Browse all stories - See more at: http://www.courtnewsuk.co.uk/#sthash.JUBEKO2u.RNCfJoPn.dpuf

Woman punched and robbed in brutal subway attack.
The victim, 20, was walking through a subway at Parkgate at about 9.20am on Tuesday, July 29, when a man approached her from behind and punched her in the face, causing her to fall to the ground.
He snatched her bag before demanding her watch, which she handed over.
The thief, described as ASIAN, between 20 and 25 years old, 5ft 7in tall, of slim build and who was wearing a black hooded top and tracksuit bottoms, then ran from the scene.
Among the items stolen was a canvas shopping bag with ‘Wendy’ written on, a black Ted Baker purse, cash and an iPhone.
Prior to the attack, the offender was seen loitering around Burnley lane, near to Broadway. +5
Conman: Dr Yilkyes Bala was a conman who led the high life and was chauffeur-driven in a black Bentley

A man who posted a video online, warning of a terror attack against the Duke and Duchess of Cambridge, has been jailed for terrorism offences.
Afsor Ali, 27, from Bethnal Green, was sentenced to two years and seven months for possessing electronic files on how to participate in Jihad.
Judge Charles Wide QC said: "It's absolutely plain you are an extremist and you do support terrorism."
Ali was arrested while trying to board a Eurostar train to Paris in March.
He was found guilty of three counts of possessing information likely to be useful to a terrorist, on 8 August, at the Old Bailey.
He admitted possessing someone else's passport in an unsuccessful bid to flee the country, and pleaded guilty to a bail offence for failing to attend court in February.
Ali was sentenced to 16 months for the passport offence and eight months for skipping bail to run concurrently.
Judge Wide QC said he had made a "really determined attempt" to evade justice.
'Al Qaeda' magazine
Ali was first arrested in December 2011, when he took part in a protest against American drone attacks in Pakistan, alongside members of the banned group Muslims Against Crusades, outside the US embassy, the court heard.
He was released without charge but a laptop and an external hard drive, seized by officers, was found to contain documents useful to terrorists, jurors were told.
The files contained copies of a magazine issued by Al Qaeda and guides on how make a bomb and how to use an AK47 gun, the jury heard.
During the trial, prosecutor Oliver Glasgow told the court Ali had promoted extremism in YouTube videos, under the alias Asad Ullah.
In a 2012 clip, he warned viewers not to attend the royal wedding because of a terror attack.
He also praised the 9/11 attacks as "an historic event", the court heard. 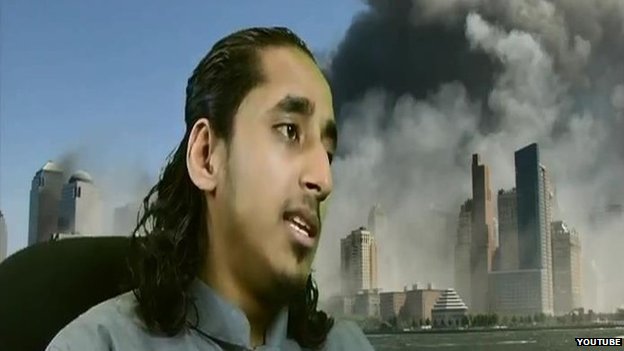 During the trial it was heard that Ali had promoted extremism in YouTube videos, under the alias Asad Ullah.

Benefits fraudster who claimed £74,000 in handouts while owning £2.6million property empire that raked in £150,000 rent a year is jailed for 12 months 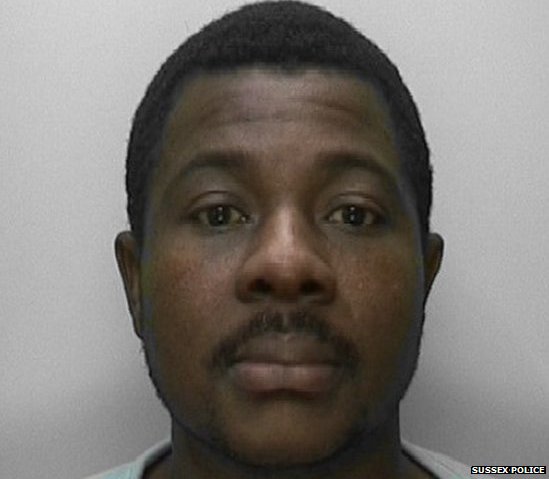 A rapist has been jailed for life for attacking three vulnerable women in Hastings.
Paul Akrofi, 32, from the East Sussex town, was convicted of six sex offences in a trial at Lewes Crown Court. 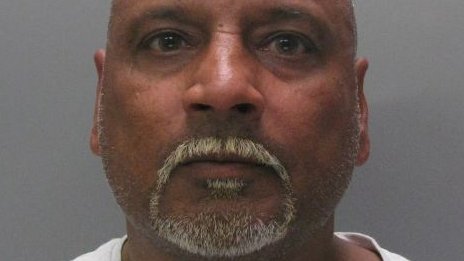 A man who set up a number of cannabis farms growing drugs with a potential street value of £7m has been jailed.
Mohammed Jamshaid Akhtar set up factories in Buckinghamshire, Hertfordshire, and one of the largest ever found in Cambridgeshire.
Akhtar, 51, of Forest View, east London, admitted three charges relating to supplying cannabis and four of using false identity documentation.
He was jailed for six years at Peterborough Crown Court. +2
Mazafer Maroof, 31, from Stoke-on-Trent, has been jailed after raping and filming an assault on a 16-year-old girl

Yob, 51, banned from talking to children in school uniform after stalking and harassing girls

Eustace Norford was given a CRASBO, or criminal ASBO, which also bans him from shouting or swearing at members of the public

Eustace Norford
A yob convicted of stalking and harassing girls has been banned from speaking to any child in a school uniform in Trafford.
Eustace Norford, 51, is also barred from shouting or swearing at members of the public as part of a court order.
He was handed a ‘CRASBO’ by Trafford magistrates on Tuesday and was warned he could be jailed for up to five years if he breaches the order.

Page 3 of 20
Permissions in this forum:
You cannot reply to topics in this forum
Leaving the EU
Democracy EnactedCountup
UK Democracy DiedCountup
Latest topics
» Outdoor Exercise to be banned if people flout rules